It suppresses peptides, which are inflammatory substances released by the dilation of blood vessels in the brain, and can be expected to have the effect of relieving or alleviating migraine headaches.

The effect appears about 15 minutes after use, and the duration is about 3 hours.

It suppresses the inflammatory substance peptides released by the dilation of blood vessels in the brain and the stimulation of the trigeminal nerve.

By inhibiting the action of peptides, it can be expected to be effective in relieving or alleviating migraine headaches.

How to use Zolmist Nasal Spray

If that doesn’t work, give it continuously for at least 2 hours.

If you experience any migraines, we recommend using them while the symptoms are mild.

It is not expected to be effective even if it is used for the purpose of preventing migraines and before migraines occur.

There are various causes of migraines, and migraines caused by bleeding such as subarachnoid hemorrhage cannot be resolved.

Some are life-threatening, so it is recommended that you identify the cause of the migraine before using it.

When used by the elderly, it will greatly affect your constitution and physical condition, so use it with caution.

If you are pregnant or breastfeeding, refrain from using it unless it is unavoidable.

If you are taking other medications, including painkillers that reduce headaches, the interaction may increase side effects and effects.

Side effects of Zolmist Nasal Spray

The main side effects include nausea and nausea, tiredness and drowsiness, numbness and thirst.

Even if these side effects occur, they generally disappear gradually as the drug becomes ineffective.

The effects and side effects generally subside over time.

However, if you feel unwell due to strong effects or side effects, please refrain from using it.

Talk to your doctor and take measures such as reducing the amount and frequency of use, or replacing with another drug.

Those who are careful about the use of Zolmist Nasal Spray

Caution for combined use of Zolmist Nasal Spray

When used in combination with a CYP1A2 inhibitor, which is an ingredient contained in gastrointestinal drugs, its action may be enhanced.

Those who should not use Zolmist Nasal Spray

When used in combination with ergotamine and other medications containing this ingredient, it increases the vasoconstrictor effect and increases the risk of increased blood pressure.

When used in combination with 5-HT1B / 1D receptor agonists, it enhances vasoconstriction and increases the risk of elevated blood pressure.

When used in combination with MAO inhibitors, it may enhance the effectiveness of this drug.

How to store Zolmist Nasal Spray 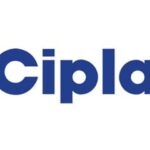