Unwanted-72 is a generic version of Norrevo, known for its highly effective after-pills. Contraceptive effects can be obtained by taking it within 72 hours after sexual activity.

The sooner it is, the higher the effect, and within 24 hours, the contraceptive rate is as high as 95%.
It also has the effect of preventing the fertilized egg from implanting in the uterus even after ovulation, and can handle both situations with and without ovulation.

The key to the effect is to suppress progesterone by mistake in the brain, thereby suppressing the growth of the endometrium.

It is said to be taken within 72 hours, but the earlier that time, the higher the chance of successful contraception.

Just because more than 72 hours have passed does not mean that the contraceptive effect disappears from that moment.

It is said that there is a contraceptive effect up to about 120 hours later, but please be aware that the risk of pregnancy increases over time.

Unwanted-72 is a medicine for those who need emergency contraception.

Levonorgestrel, which is contained as the active ingredient of Unwanted-72, has properties similar to luteinizing hormone, which is one of the female hormones.

Progesterone is a hormone required for ovulation and is secreted especially during ovulation.

One tablet per box.

How to take Unwanted-72

Take 1 tablet within 72 hours after sexual activity that may lead to unwanted pregnancy . The side effects of the medicine may cause nausea and vomiting, but be careful not to vomit the medicine for at least 3 hours after taking the medicine.

Be careful not to vomit the medicine If you vomit within 3 hours after taking the medicine, the ingredients of the medicine may not be well absorbed by the body and you should take it again.

The side effect of nausea is more likely to occur on an empty stomach. It’s a good idea to take your medicine after taking a moderate meal.

After eating and drinking excessively, on the contrary, eating too much may cause nausea and abdominal pain, so refrain from doing so. Daily administration is a drug that can avoid unwanted pregnancy with a high probability of

NG , but it will put a considerable burden on the female body. Never use it for every sexual activity. As an emergency contraceptive, you should keep in mind to use it in the event of an emergency.

Side effects are transient symptoms caused by taking ingredients into the body, so the symptoms will be alleviated over time.

Although there are individual differences, these symptoms may continue for about 1 to 3 days after taking the drug.

Especially many side effects

However, the difference between withdrawal bleeding and irregular uterine bleeding is hard to tell at first glance. Look at your menstrual cycle to see if there are any abnormalities or discomforts, and if you have any concerns, see a doctor.

If it is an anti-nausea (anti-sickness) drug or a headache drug, there is no problem in taking it together.

If you are taking any other medication, be sure to check that it is a medication that you should be careful about.

Those who are careful about taking Unwanted-72

There are some things to be aware of while using this medicine.

People who should not take Unwanted-72

There are some medicines that should be used with caution.

How to store Unwanted-72

Mankind Pharma is an Indian multinational pharmaceutical company, based at New Delhi. The company has products in therapeutic areas ranging from antibiotics, to gastrointestinal, cardiovascular, dermal, and erectile dysfunction medications. They are covering Industrial sectors in pharmaceuticals, medical research and laboratories domain. Mankind Pharma Ltd is a private company. Mankind Pharma was formed in 1986. It started working as a fully integrated pharmaceutical company in 1995 with the contributions of two brothers, Ramesh C. Juneja and Rajeev Juneja. The company was started with 20 employees and launched in two states in the 1st year of its operation and nowadays. 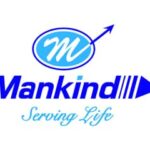 Be the first to review “Unwanted-72” Cancel reply