Ovral G Tablet is a generic version of Planovar. Compared to the original drug, it is expected to realize contraception at a lower cost.

Due to its effectiveness, it may be used as an after-pill for emergency contraception after sexual intercourse.

Since it can also be used as a last resort for contraception, it is a drug that can be expected to reduce mental anxiety.

Since it regulates the hormone balance, it is also effective in improving dysmenorrhea and abnormal menstrual cycle. Also, due to the content of levonorgestrel, it can be taken as an emergency contraceptive after sexual intercourse.

By taking a certain amount of active ingredient for 21 consecutive days at a fixed time every day, it is effective in contraception with 28 days including the drug holiday as one cycle.

When absorbed into the body, the secretion of LH (luteinizing hormone) and FSH (follicle stimulating hormone), which promote the production of these two hormones, is reduced, and ovulation is suppressed and high because periodic changes in the ovaries do not occur. It has a contraceptive effect.

One box is for one cycle. It is a 21-tablet type drug that requires a drug holiday.

How to take Ovral G Tablet

When used as a low-dose pill (contraceptive pill) Start taking on the first day of menstruation. Take 1 tablet daily at almost regular times according to the number on the drug sheet . Difficult menstruation, abnormal menstrual cycle (oligomenorrhea, frequent menstruation), hypermenorrhea, endometriosis, ovarian dysfunction, contraception 1 tablet daily for about 3 consecutive weeks from the 5th day of the menstrual cycle Please take. When taking for the treatment of functional uterine bleeding Take 1 tablet daily for 7 to 10 consecutive days. When used as an after-pill (emergency contraceptive) Take 2 tablets as soon as possible within 72 hours after sexual intercourse.

Take 21 consecutive days with a 7-day washout period. A total of 28 days is one cycle of administration. Repeat the cycle for as long as you want to contracept.

Strict adherence to the dosage regimen It is very important to follow the prescribed dosage regimen for this medicine. For the first 14 days of taking Ovral G Tablet, be sure to use other contraceptive methods such as condoms during sexual activity. Menstruation usually begins during the drug holiday. Start taking new pill sheets on the 29th day, whether your period is over or continuing.

When taken as an emergency contraceptive, 2 tablets must be taken within 72 hours after sexual activity.

Depending on the time of day, you may be required to take 2 tablets a day, including your normal drinking time.

If you miss a dose, you are more likely to become pregnant, so use it in combination with other contraceptive methods during that period.

It is a contraceptive pill that is basically said to have few side effects such as nausea, stomach pain or discomfort, significant changes in weight, migraine, mood changes including depression, and breast pain, but there are individual differences. I have. If you experience any painful symptoms from taking this medicine, consult your doctor.

If you experience any of the following symptoms, it may be a sign of thrombosis, so seek medical attention, even if it is mild.

People who are careful about taking Ovral G Tablet

John ‘s wort is a perforate plant of the family Hypericum that is native to Europe and Asia and grows naturally in the mountains. The extract is used as an antidepressant in Germany and is sold as a dietary supplement in usa. Always consult your doctor or pharmacist if you are taking any of the following foods before taking oral contraceptives, or if you are taking oral contraceptives.

People who should not take Ovral G Tablet

How to store Ovral G Tablet

Pfizer Inc. is an American multinational pharmaceutical and biotechnology corporation headquartered on New York City, USA. The company was established in 1849 in New York by two German immigrants, Charles Pfizer (1824–1906) and his cousin Charles F. Erhart (1821–1891). Pfizer develops and produces medicines and vaccines for immunology, oncology, cardiology, endocrinology, and neurology. The company has several blockbuster drugs or products that each generate more than US$1 billion in annual revenues. In 2020, 52% of the company's revenues came from the United States, 6% came from each of China and Japan, and 36% came from other countries. 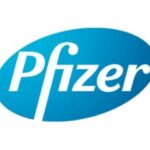 Be the first to review “Ovral G Tablet” Cancel reply