By taking it regularly, you can control the ovulation cycle and avoid unwanted pregnancies.

In addition to contraception, it is effective in alleviating dysmenorrhea (menstrual pain) and PMS (premenstrual syndrome), stabilizing the menstrual cycle, and supporting you to spend your daily life more comfortably.

By taking it for a long time, it is effective in reducing acne and hypertrichosis caused by the effects of male hormones, hair loss, and preventing ovarian cancer.

Although Yasmin is an ultra-low dose pill, it can be expected to have various effects in addition to the almost certain contraceptive effect.

It is of course taken for contraceptive purposes, but it is also recommended to take it for the treatment of ovarian cysts and the treatment / prevention of acne.

By taking a certain amount of active ingredient for 24 consecutive days at a fixed time every day, it is effective in contraception with 28 days including the drug holiday as one cycle.

The active ingredients of yasmin Tablet are the estrogen ethinyl estradiol and the progesterone drospirenone, a female hormone. By taking it, the brain misunderstands that it is after ovulation, and ovulation does not occur.

One box is for one cycle. It is a 24-tablet type drug that requires a drug holiday.

Each tablet of Yasmin Tablet contains 3 mg of drospirenone / 0.02 mg of ethinyl estradiol.

Bayer , headquartered in Germany, is a world-renowned pharmaceutical company that developed the painkiller aspirin. It also has a subsidiary in Japan and is ranked 8th in the pharmaceutical market.

How to take Yasmin Tablet

When you start taking it for the first time, start taking it on the first day of your period and try to take it at the same time every day as much as possible. After taking 21 days, there will be a 7-day washout period.

21 days of continuous administration + 7 days of drug holiday, 28 days in total is “1 cycle”. The Yasmin 21 tablet type does not have a placebo (a placebo that does not contain ingredients) to be taken to prevent forgetting to take during the drug holiday. Please be careful not to forget your medication habit during the 7-day washout period.

The contraceptive effect continues by taking the drug repeatedly during the period when you do not want to become pregnant.

Take it at almost regular times every day to avoid forgetting to take it. If you miss a dose, you are more likely to become pregnant.

Start taking new pill sheets on the 29th day, whether your period is over or continuing.

However, if 12 hours have passed since you missed a dose, the contraceptive effect will diminish, so stop taking that cycle, wait for the next menstruation, and start taking again from a new sheet.

Due to the nature of ultra- low dose pills such as nausea, vomiting, irregular bleeding, malaise, headache, diarrhea, abdominal pain, menorrhagia, rash, swelling, breast discomfort, and visual impairment, there are few side effects. There are individual differences in symptoms.

It is genital bleeding that tends to occur about 1 to 2 months after starting to drink.

If you continue to have severe diarrhea or vomiting, it is difficult for the medicine to be absorbed and you are more likely to become pregnant, so use other contraceptive methods together. As with many contraceptives, there is a considerable risk of thrombosis.

Sudden pain or swelling in the legs, severe headaches, tangled tongue, sudden shortness of breath, or sudden visual impairment may be signs of thrombosis.

For early detection and treatment, if you have any of these symptoms, do not overdo it and stop taking it and seek medical attention immediately.

People who are careful about taking Yasmin Tablet

Be careful when using Yasmin Tablet

People who should not take Yasmin Tablet

How to store Yasmin Tablet

Generic drugs are newly developed drugs and are also called new drugs. It takes a long research period and enormous cost to launch a new drug.

Therefore, after filing a patent application, the developed pharmaceutical company can monopolize, manufacture and sell it, and during that time, efficacy and safety investigations and reexaminations are also conducted. 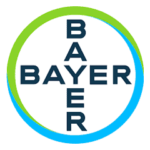 Be the first to review “Yasmin Tablet” Cancel reply