Tadalafil is sexually stimulated to promote blood flow to the penis and maintain erectile power for a long time.

Dapoxetine leads from excessive excitement and tension to relaxation and prolongs the time to ejaculation. Since it contains two active ingredients, you can get a comfortable nightlife with just one tablet.

Tadalafil, the active ingredient of Super Tadalis SX, has a long-lasting effect and has an erection-sustaining effect of up to 36 hours.

Another active ingredient, dapoxetine, increases the concentration of serotonin, a brain transmitter, to reduce sexual arousal and prolong ejaculation.

The effect of relieving the symptoms of ED lasts up to 36 hours .

Contains 20 mg of tadalafil / 60 mg of dapoxetine per tablet of Super Tadalis SX.

Ajanta Pharma is a pharmaceutical company headquartered in India.
We have a reliable FDA-approved manufacturing facility and are focusing on generic drugs in a wide range of fields.
Typical products for ED treatment include “Kamagra Gold,” “Valif,” and “Tadarise.”

How to take Super Tadalis SX

Take about 1 hour before sexual activity with a glass of water or lukewarm water. However, in order to fully feel the effects of tadalafil, it is recommended to take it 3 to 4 hours in advance.

Tadalafil, the active ingredient in Super Tadalis SX, is the least sensitive to dietary ED treatments.

If it is within 800 kcal, the effect will not be affected even with the meal immediately before taking. However, if you want a better effect, it’s best to take it on an empty stomach.

Be careful not to overeat, as eating heavy meals can be more effective. Adequate hydration recommendations
Super Tadalis SX should be taken with plenty of water or lukewarm water.

To avoid the risk of dizziness and fainting, take it after hydrating well.

This increases the risk of increased risk of accidental disability. Do not drive a car or operate dangerous machinery when taking this medicine, as it may cause drowsiness and dizziness.

Headache , hot flashes, flushing, dizziness, visual abnormalities, conjunctivitis, chest pain, palpitation, tachycardia, rhinitis, sleep disorders, vomiting, diarrhea, fatigue, sleepiness, thirst, orthostatic hypotension, etc. Since the blood vessels have expanded after taking the medicine, it will settle down with the effect of the medicine after 2 to 3 hours.

To prevent side effects such as vomiting and diarrhea, take the medicine with sufficient water supply. Also, pay attention to dizziness and visual impairment, and pay sufficient attention to driving a car, working at heights, operating machinery, etc.

Priapism has been reported, albeit in a small number. If the erection lasts for more than 4 hours, treat it immediately.

If you feel the effects and side effects of Super Tadalis SX are strong, use a pill cutter to adjust the dose to 1/2 or 1/4.

People who are careful about taking Super Tadalis SX

People who should not take Super Tadalis SX

If you cannot determine for yourself, consult your doctor or pharmacist before taking this medicine.

How to store Super Tadalis SX

Adult male for simultaneous treatment of ED and premature ejaculation

Ajanta Pharma Limited is a multinational company based in India engaged in development, manufacturing, and marketing of pharmaceutical formulations. It has a presence in India, the United States, and about 30 other countries in Africa, South East Asia, West Asia, and CIS. It was established in 1973. Ajanta Pharma has over 1,400 products registered currently in various countries and an equal number of products are under approval. In India, the company is a branded generic company focused on a few high growth specialty therapies in ophthalmology, dermatology, cardiology, and pain management. 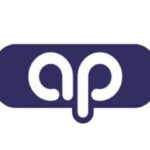 Be the first to review “Super Tadalis SX” Cancel reply