Fulnite 2mg is a non-benzodiazepine hypnotic that is effective against both transient and chronic insomnia.

Among sleeping pills, it is classified as an ultra-short-time type, and the effect begins to appear in about 10 to 20 minutes, and the action time is as short as about 5 hours, and it does not carry over drowsiness the next day.

In addition, it is characterized by being less dependent and not showing tolerance even when taken for a long period of time.

The active ingredient in Flunite is eszopiclone, a non-benzodiazepine GABA receptor agonist.

It activates the action of a sedative substance called GABA and calms the abnormal excitement that occurs in the brain. Therefore, in addition to insomnia, it may also be used as a remedy during attacks of anxiety, panic disorder, and mania.

It calms the excitement caused by the functional tension of the brain, makes it relaxed and makes it easier to fall asleep.

Duration of action of Fulnite 2mg

The maximum blood concentration is 1.5 hours and the half-life is about 6 hours.

Flunite is a non-benzodiazepine hypnotic that improves the following symptoms:

The active ingredient of Fulnite 2mg is eszopiclone.

It has been confirmed that eszopiclone has the effect of activating the action of GABA, an anti-stress substance (a type of amino acid), and that activation of GABA subsides abnormal excitement in the brain.

Sun Pharma is a pharmaceutical company that focuses on generic drugs in India. We are the 5th largest generic drug company in the world, and we are developing high quality and highly safe drugs all over the world.

How to take Fulnite 2mg

Take 1-2 mg once daily before bedtime.

The dose may be adjusted according to your symptoms.

For adults: Take 2 mg at a time before bedtime.

For the elderly: Take 1 mg at a time before bedtime.

Do not take more than 2 doses at a time.

Please be careful not to engage in dangerous machine operations such as driving a car.

The main side effects are abnormal taste, headache, somnolence, dizziness and dry mouth.

Infrequent side effects include rash and pruritus.

If you experience any of the above symptoms, consult your doctor or pharmacist after discontinuing use.

In this case, please consult your doctor immediately or an internal medicine / specialized outpatient department for diagnosis.

People who are careful about taking Fulnite 2mg

Concomitant precautions are medicines that require caution when taken in combination with Fulnite 2mg.

People who should not take Fulnite 2mg

How to store Fulnite 2mg 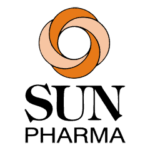 Be the first to review “Fulnite 2mg” Cancel reply