Furosemide is an example of a drug that has the same effect as torasemide. Compared to furosemide, torasemide contained in luplak is said to have a diuretic effect about 10 to 30 times. In addition, the effect of suppressing edema is said to be about 10 times.

Since Luplak is a powerful diuretic, it acts on the kidneys to increase urine output and remove excess water from the body. As a result, the swelling of the body can be removed.

Torsemide is recommended for the following people.

Torsemide is classified as a loop diuretic. Loop diuretics are the most active strains of diuretics.

Among loop diuretics, torsemide suppresses the action of aldosterone because it has an aldosterone receptor antagonistic effect.

Take 5 mg once daily with water or lukewarm water.

If you do not feel the effect with 5 mg, gradually increase the dose and see how it looks.

Side effects of Tor 5mg (Torsemide)

People who are careful about taking

Caution for combined use

Be careful when using with the following medicines.

People who should not take

Precautions for storage and handling of Tor 5mg 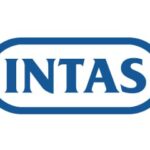 Be the first to review “Tor 5mg (Torsemide)” Cancel reply